Linguistics is a subject which came to the fore only in the 1960s. It is founded on a fallacy.

Linguistics claims to be “the scientific study of language”, but language behaviour is too open-ended and creative to be treated by the methods of science. In consequence, linguistic theories systematically distort the nature of language, and present a misleading picture of our human nature.

This book shows how various traditions of linguistics, and their accounts of different aspects of language, are all infected by the delusion of scientism. And it offers positive examples of how language can be studied insightfully, once the scientistic delusion is given up.

To whet your appetite, I have placed a copy of the introductory chapter on the Web. 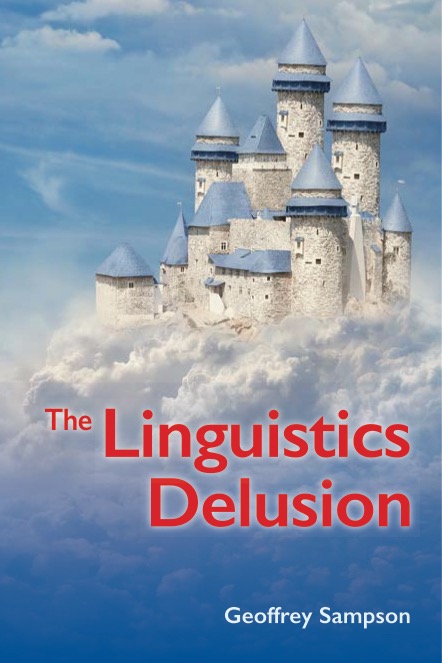 … argues that linguistics is not and cannot be a scientific study of language, because language is too creative … This book is a weighty read … linguistics [according to Sampson] perhaps should not ‘rank as a “subject” at all’ as a coherent body of knowledge taught in universities. He acknowledges that linguists will likely find these claims extremely contentious … I am sympathetic to Sampson’s claim
— Shiloh Drake, in the Journal of Linguistics


Sampson argues above all against … an attempt to accrue respectability by assuming the values, methods, and verbal clothing of the STEM subjects … According to Sampson, there is simply ‘not a great deal to say about languages at a theoretical level’ … Sampson presents and refutes a series of dogmas associated more or less closely with studies in linguistics … [He] demonstrates – via his own corpus research, and with reference to endogenous growth theory – that language use is variegated across all levels of analysis, with no restrictions on innovation …
Sampson contends … that much of the work under the rubric of linguistics … is not merely non-scientific, but trivial, and that language study should be re-assigned to its traditional context in departments of language and literature … [Linguists] could do worse than to take seriously Sampson’s call for an academic environment which … holds its members accountable to such scholarly values as self-consistency
— Merideth Hoagland Pitts, in Applied Linguistics

IV
And Now for Something Completely Different…

12    A Phonological Paradox
13    How Many Possible Trade Names Are There?


The Linguistics Delusion is published by Equinox, of Sheffield and Connecticut. Paper copies are available via relevant British or American Amazon pages; for the e-book see the link below.